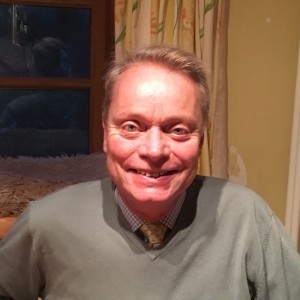 He joined the Stamp Department of Phillips Fine Art Auctioneers in 1981 and spent the next twenty five years honing his skills as a stamp specialist with knowledge from rare single items to world collections and accumulations.  As an auctioneer and valuer he travelled both nationally and internationally to advise on buying and selling stamps through auction. During this time he also gained a good knowledge of coins and medals on which he can also offer advice.

Highlights of these years include the sale of Alphonse Collection, formed by the Rothschild family, which fetched over £7,000,000.

He also thoroughly enjoyed sales conducted on behalf of BBC Television’s Blue Peter. He has appeared on the screen several times as a result, the material gathered making over £100,000 for childrens’ charities. He recalls a particularly good find of a rare piece from Madagascar, which fetched over £7,500. More than 30 people phoned in to claim the items, saying that it had been passed to Blue Peter in error and asking for its return. Stuart is the proud owner of two Blue Peter badges.

Stuart went on to become Director of Philately at Phillips Fine Arts Auctioneers and subsequently Bonhams before leaving in 2004 to become an independent consultant.

He now spends part of his time in the West Country supporting his wife in the development of an organic salad growing business on their farm and part of his time in London. As an independent Philatelic valuer and consultant he still managing to clock up an impressive 40 thousand miles a year extensively travelling the country, as well as internationally, to value and advise on the sale of stamps, postcards, cigarette cards, covers/first day covers, other Philatelic ephemera, coins and medals.